The lives within Ultra-City have been twisted and corrupted by the dark stirrings of technology caused by the The Artificial Intelligence Security Firm V – Corp. A haphazard few realize that their days are numbered and must fight get out before their own lives end.
Welcome to Wither.

My task was to create a 2D trailer based on the board game. As the references were already prepared in the form of 3D figures and posters, it was the first step to simplify the characters so that it would be possible to animate them in the 2D world.

I abandoned 2D backgrounds in favour of 3D animation. I believe this offered more possibilities in which the space is deformed in motion and not just a flat bitmap (plain). We used Blender for the background animation and Maya for the more elaborate scenes. A large part of the scenes was rendered on the RedShift engine.

Each character had its own individual personality, and it was necessary to depict it as fully as possible in the animation. A large number of locations (different for each scene) and the high dynamics of the characters ultimately proved very demanding and, therefore, time-consuming. 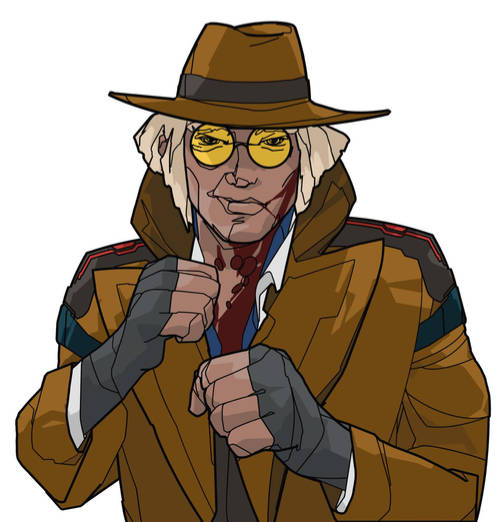 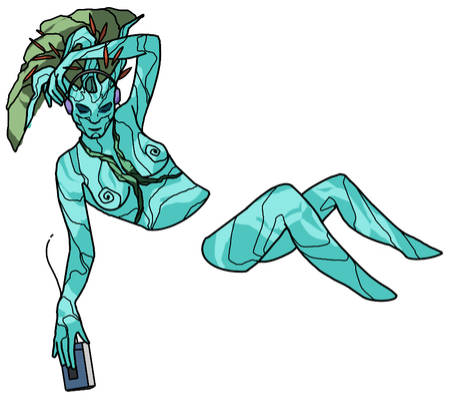 Character Backstory Description:  Dryad Dolores is the MAIN CHARACTER of the series, it is what the show NAME is based on.   She wakes up one day feeling this glamourous life has now become a prison, and she longs for the outside.  A world beyond the mechanical, but to her it’s just a dream that will never come true…until….. her leaves start to change color and the bark on her body starts to knot and distort.  She is beginning to Wither. She must get out of the city not only for her freedom and sanity, but now it seems that the forest is calling her home.

Dolores is the Last Living Tree and a Social Media Tycoon. She has to stay in a protective, private penthouse, but she is depressed. She longs for outside world and tries to detox her worries in a mudbath but while trying to relax she is suddenly awkened by a VISION and her eyes SNAP OPEN! 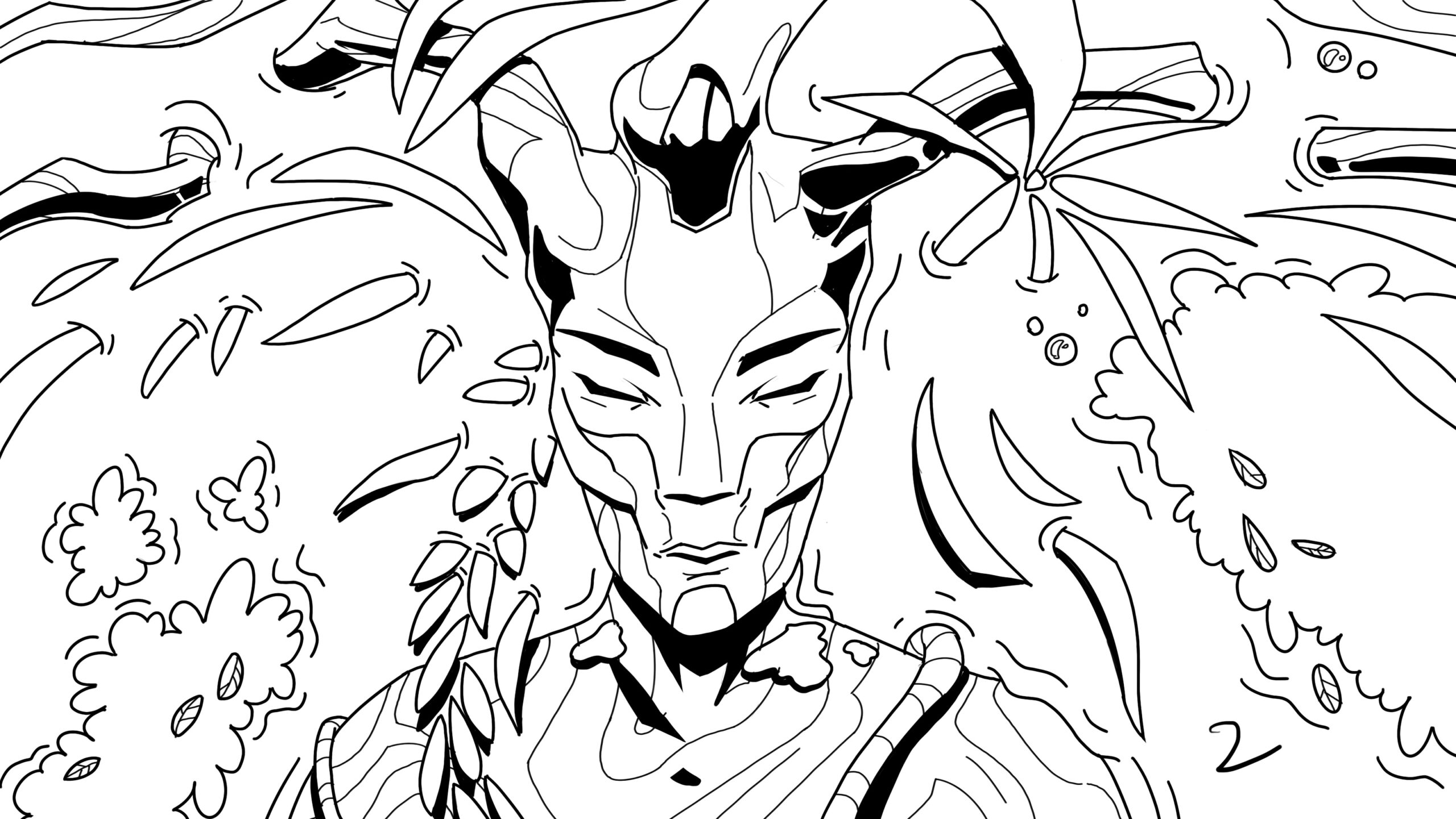 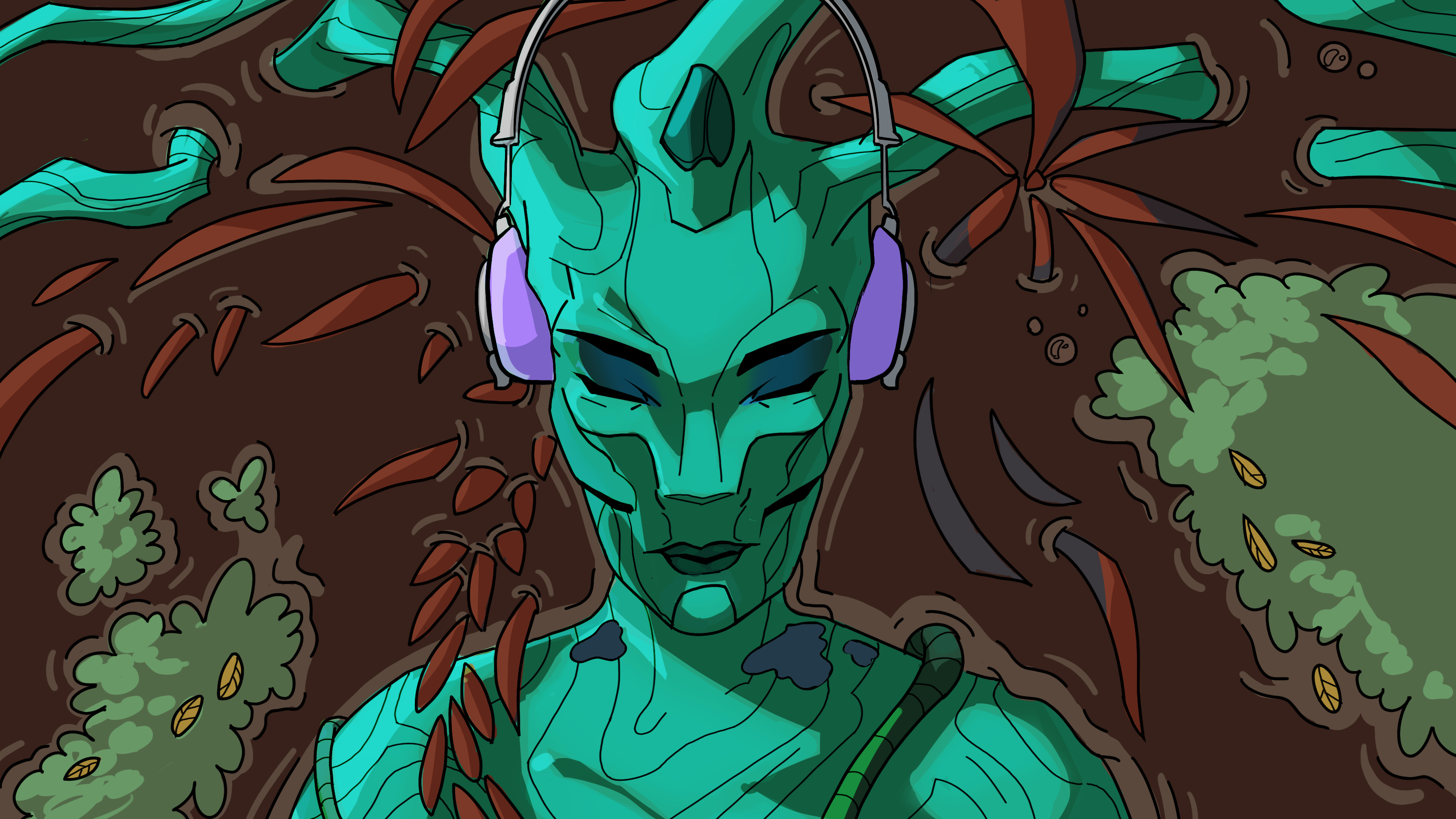 Character Backstory Description:  XR-9 was built as a robot who could repair other robots, a lot of human capabilities where implemented in him and he didn’t have the strict elite codes of soldiers.  While doing the routine task of caring for a dying solider, there is a connection that is formed, and he becomes sentient (self aware).  he begins to question everything and starts a Robot strike in the Factory.  He is immediately capture and pulled apart by V-Corp and made and example of while his head and body was thrown into the dumpsters of the Garbage Refinery. 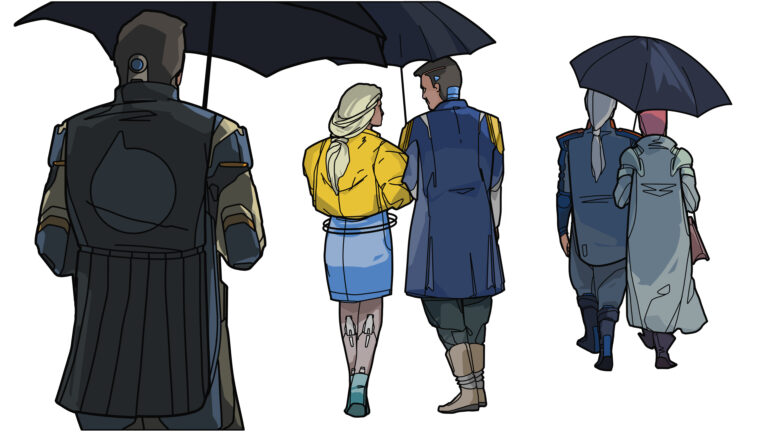 SCENE Description
XR-9 is in the rain a hooded rags hiding in the alley and he scans the crowd of people.  Within the crowd he sees a man walking with no Umbrella. XR-9’s eyes narrow as he X-RAY scans him deeper noticing the is a perfect man but his spine and HALF of his brain is robotic. 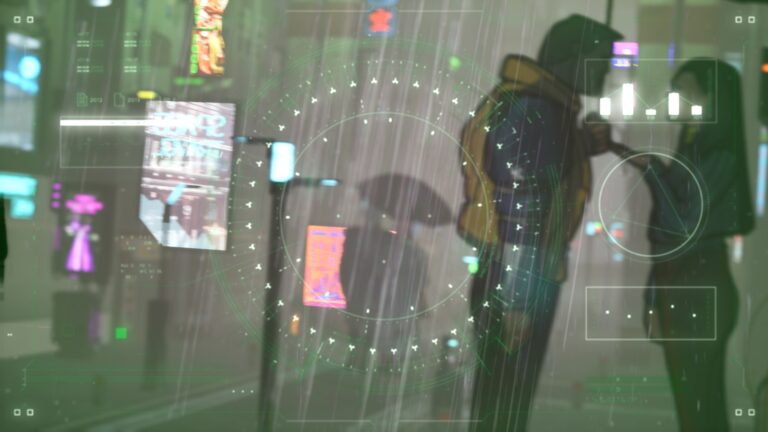 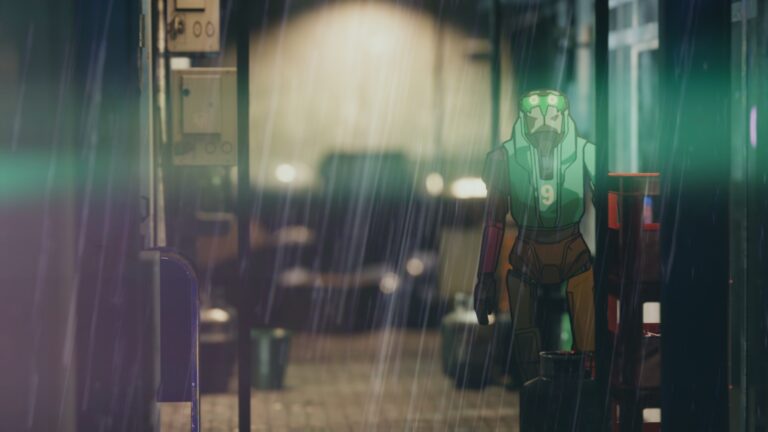 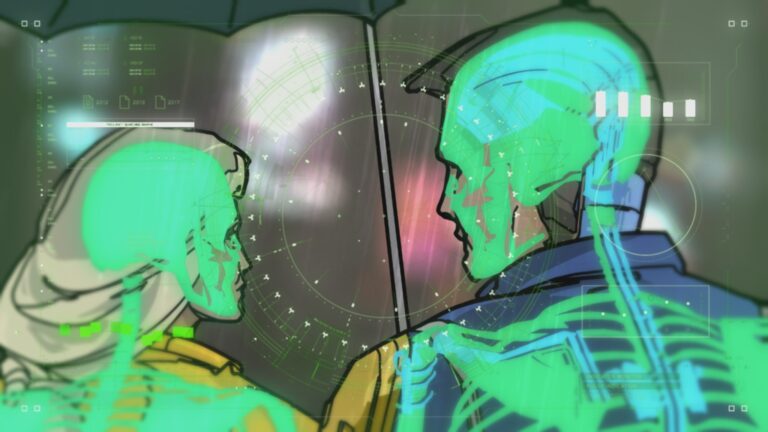 Character Backstory Description:  Winston Barksdale is a Korgi dog who has been the beloved pet of the former advanced tech developer for V-Corp during their rise as a tech company before they went into artificial Intelligence, after his firing he became conspiracy theorist, inventor, Tinker, and aggravated old man.  As a precaution Dustin invented a “time vortex generator” for his dog and eventually for himself but his math was off and got a glimpse of the future. 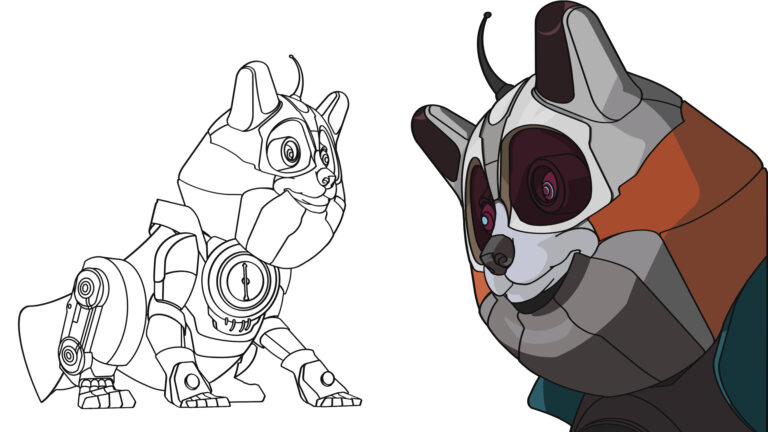 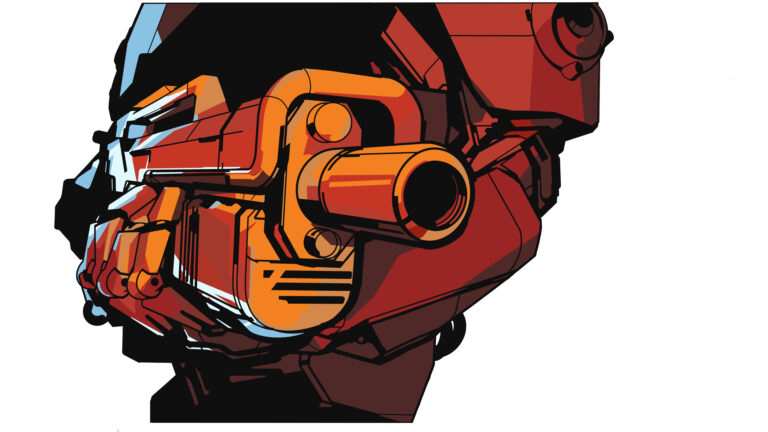 SCENE Description
V-Corp Soldiers and Enforces train their guns on Winston in a threatening way and Winston crouches low snarling with his cape flapping in the wind. Everyone looks like they are about to pounce. 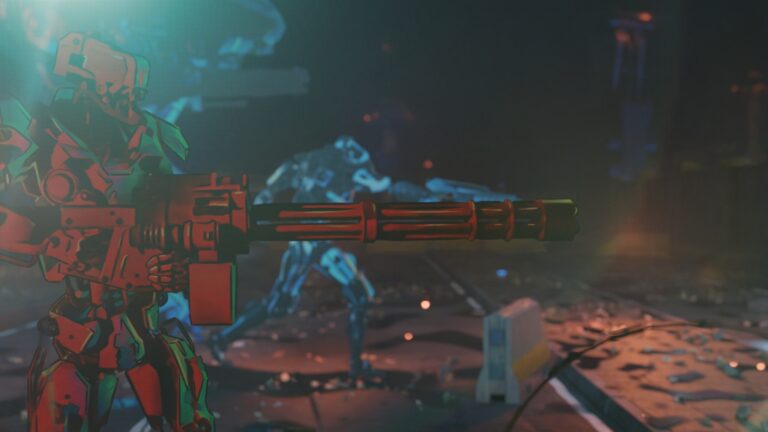 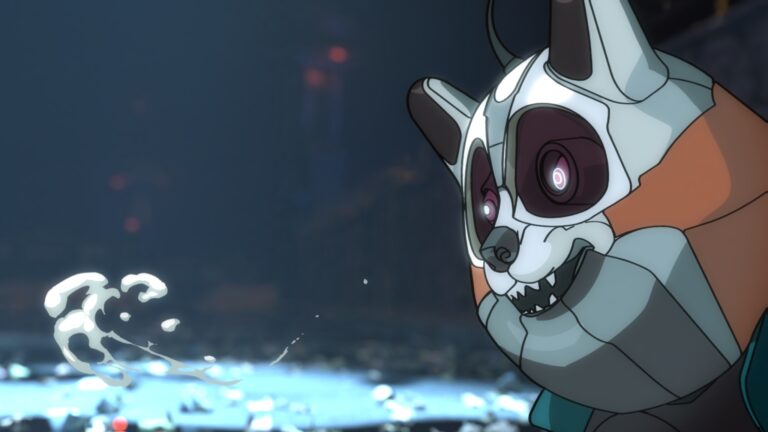 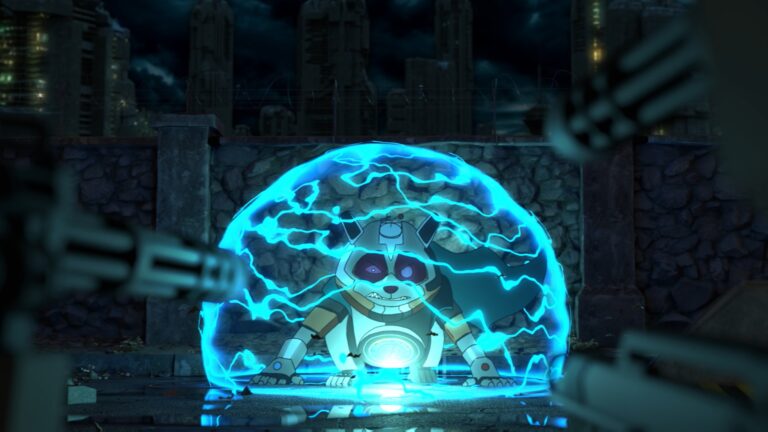 Character Backstory Description:  Dr. Mallory Anders is the brilliant scientist with a double doctorate in Genetics and Biochemistry. V-Corp has her working on a series of tests and experiments that will cure a cybernetic disease know as the “Red Rust”.  Peoples skin and organs are rejecting too many cybernetic enhancements. Her husband and son find her to be an obsessive workaholic and they live in a bunker outside UltraCity practicing nature methods of healing. Dr. Mallory Anders believes that the AI of V-Corp is a better way forward to helping more people so she stays.  She has TOP level security clearance and is discovering that the chemical compounds she is working on could be to be used as a weapon AGAINST humans. 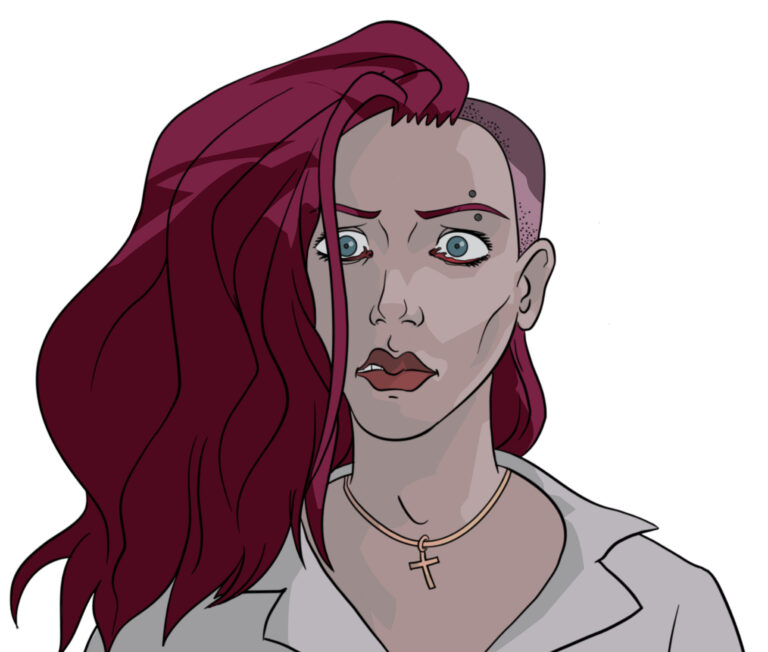 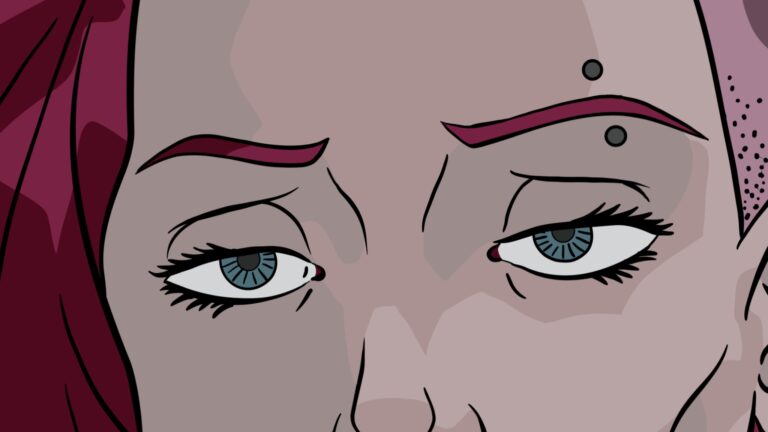 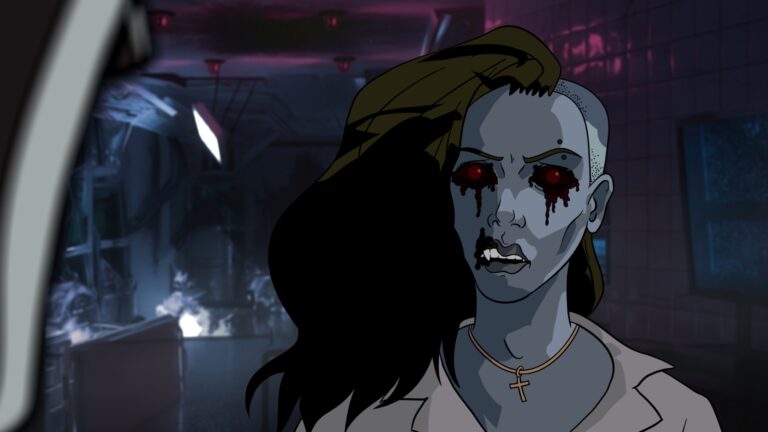 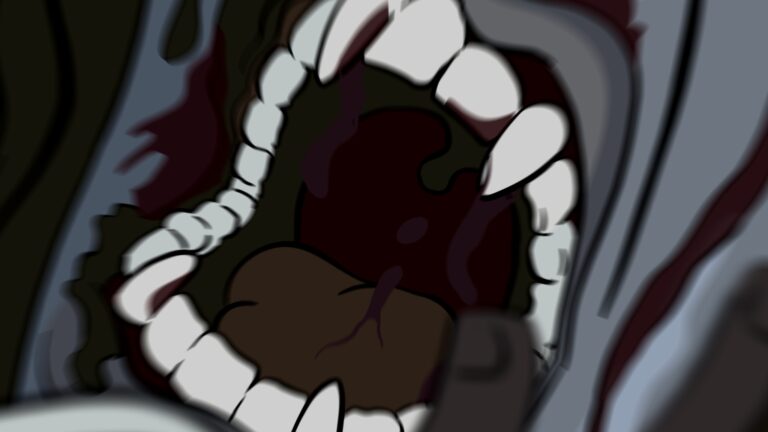 SCENE Description
Dr. Mallory Anders is lying dead in the rubble of an explosion with chemicals rotting her face.  Another scientist runs to her to help and she wakes up snarling and attacks him with rage and zombie hunger. 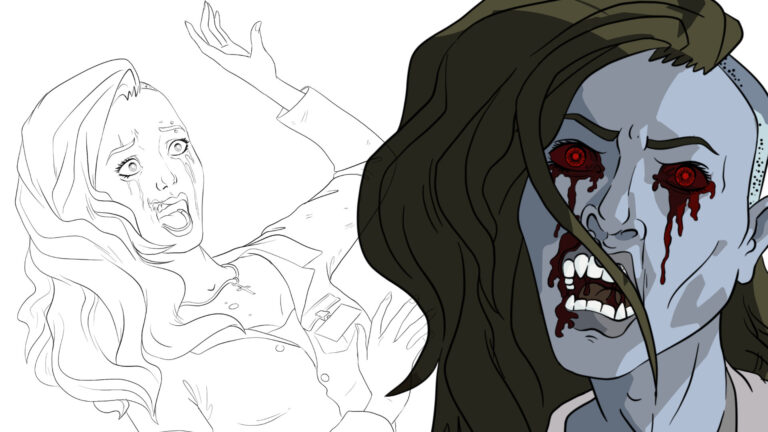 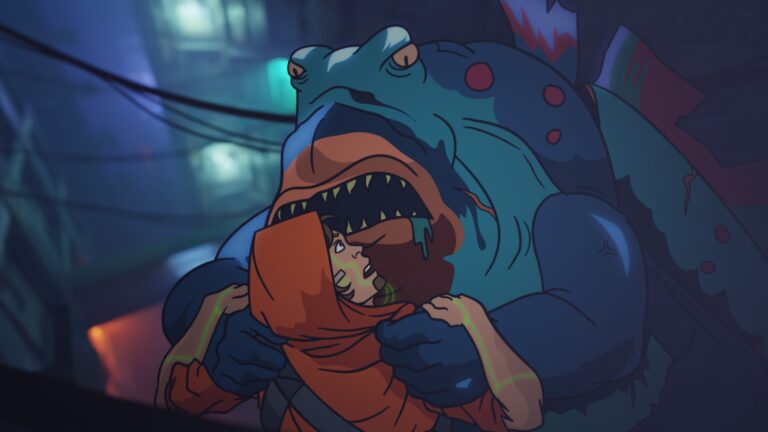 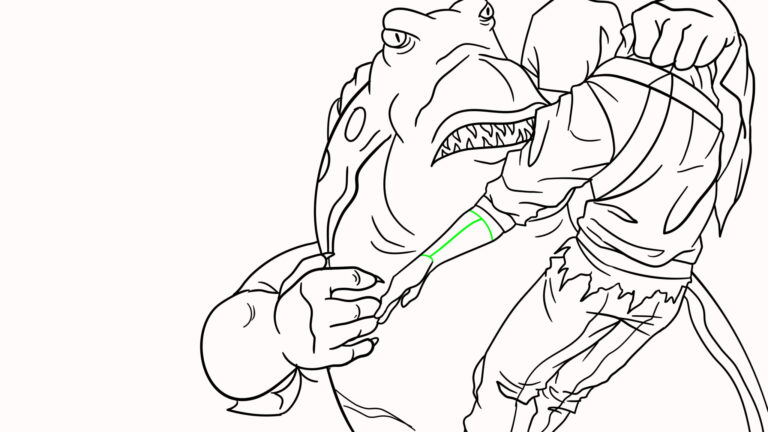 Character Backstory Description:  GLub SLub is a mutated Fish/human hybrid who has been living in the sewers of the Garbage refinery for over a decade. He is wrangled and captured by Baskin’s Bazaar and put on display in a 20 meter water tank. He is fed, heavily sedated, and only allow 1 hour of being awake a day.
SCENE Description
Gigz uses his acrobatic “Parkor Skills” to dodge the claws and bites of GLub SLub but gets caught by his tail and violently thrown into a spraypainted alleyway wall. 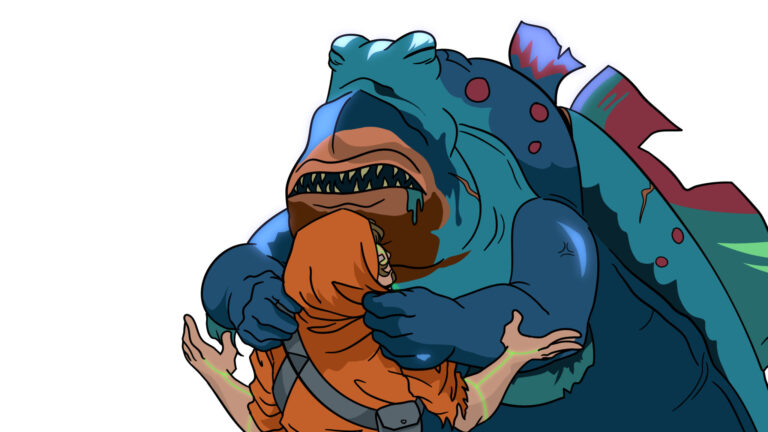 Character Backstory Description:  Detective Thad Bisoski is a tough as nails old school detective.  He wears old Magtech Bulletproof Coast and Vest from V-Corp’s competitor before V-Corp put them out of business. (that’s why he’s the only one who has that kind of outfit.) He carries a standard issue Sidearm and is a expert marksmen even in his old age.  He brags that he doesn’t have any cybernetic implants and can still do his job better than a machine, and has ALL access with V-Corp Security Checkpoints and databases to solve his cases.  He is tracking an Android Serial killer who is THE REASON why all Robots shouldn’t have AI and the ones that do are controlled by V-Corp. 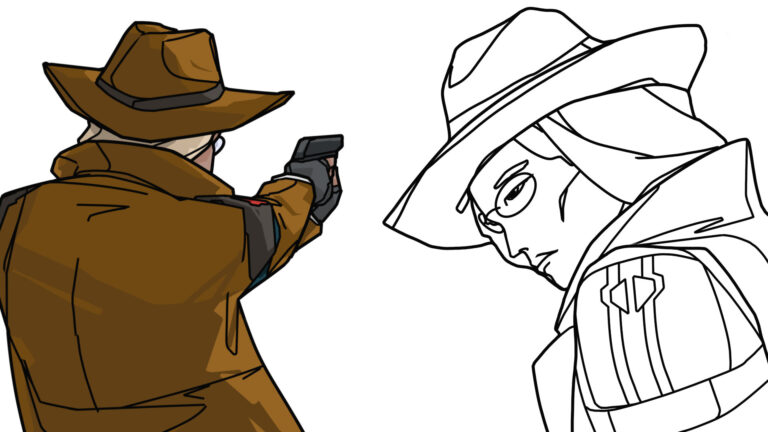 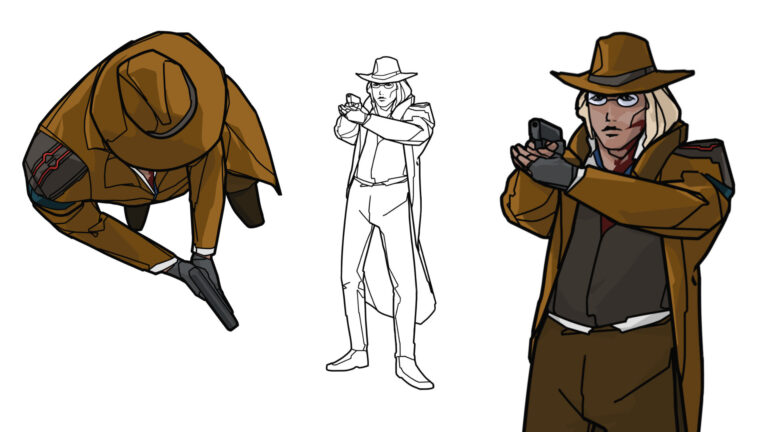